The three Iranian militants killed in Syria. (Photo: Iranian media)
Orient Net
Three members of the Revolutionary Guard were killed in clashes with opposition fighters in the Hama southern countryside, Iranian media reported Saturday. Meanwhile, the terrorist Qasem Soleimani, leader of the Quds Brigade of the IRGC militia, appeared in a photo taken in Hama northern countryside.
The Iranian Hareem Haram website stated that Qadrat Allah Aboudi, Abdullah Khashnoud and Abu Thar Farah Bakhsh were killed during clashes with opposition fighters in Hama countryside.
The Iranian site added that they would  be buried Monday morning.
Iranian media outlets mentioned a few days ago that the leader of Iran’s Revolutionary Guard, Saeed Khawaja Salhani, was killed while carrying out his "jihad duty" on the fighting fronts of Hama.
The National Council of Resistance of Iran revealed at the end of 2016 that the number of deaths of the Revolutionary Guard and its Shiite militias in Syria has reached more than 10 thousand terrorists since the beginning of the Iranian intervention to bolster Assad six years ago.
The Iranian resistance confirmed that it had received reports from inside the country, confirming that the number of deaths of IRGC members and their allied Lebanese, Afghans, Pakistanis and Iraqis mercenaries exceeded 10,000 militants.
Media outlets inside Iran announce almost daily the names of IRGC militants killed during battles in Syria, in addition to Afghans and Pakistanis killed in Syria, whose bodies were then transported to Iran. 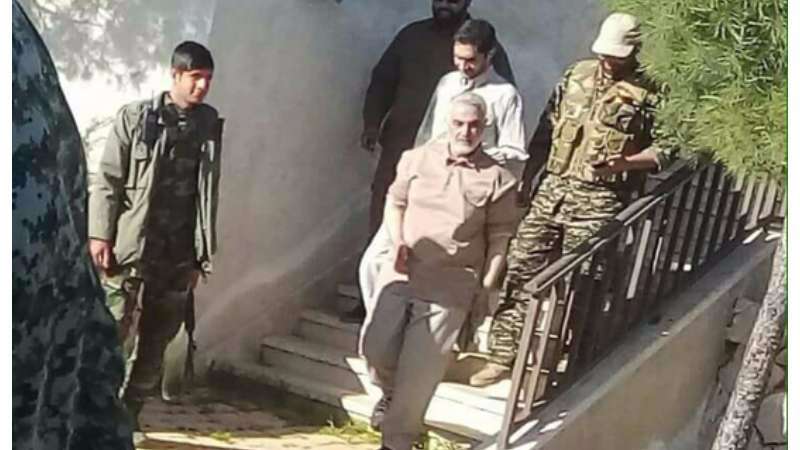 In the meantime, pro-Assad Facebook pages and Twitter accounts published a photo of Qasem Soleimani stating that it was taken in Hama northern countryside, which is currently witnessing intense battles between opposition fighters and Iranian militants.
This picture marks Soleimani’s first pictured appearance in Syria for 2017. His last image documented appearance was in the middle of Dec. 2016, during which he was supervising the forced displacement of the people of eastern Aleppo after Iranian-led Shiite militants besieged and then completely destroyed its neighborhoods.