Orient Net
White Helmets volunteers  in the in the opposition-held Aleppo countryside and Idlib staged a sit in on Wednesday (Feb. 27), calling on the rights groups and the international organizations to work on releasing the Syrian detainees from the Assad detention centres.

The volunteers in Idlib city  and in several towns in Aleppo countryside, including Qabasin and Atarib  carried banners calling for the release of the detainees in Assad prisons, especially White Helmets volunteers and women who were arrested because of their opinions or because of their participation in peaceful demonstrations.

White Helmets women volunteers also stood in solidarity with the cities and a towns that are repeatedly shelled by Assad militias, calling the international community to shoulder its responsibilities and protect civilians.

Activists say thousands of families have learned of the deaths of their loved ones since Assad regime started to release lists of the tortured-to-death detainees to civil registries around the country. 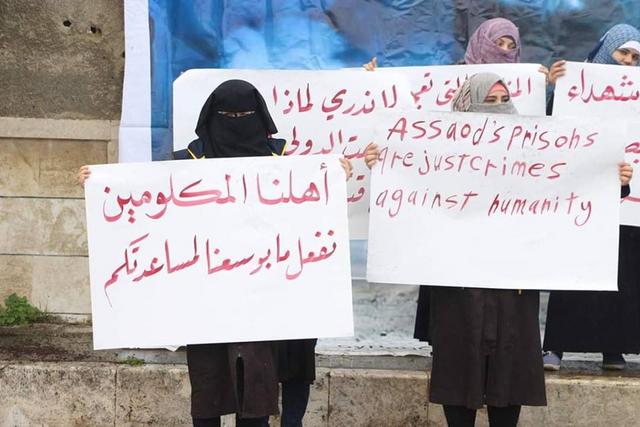 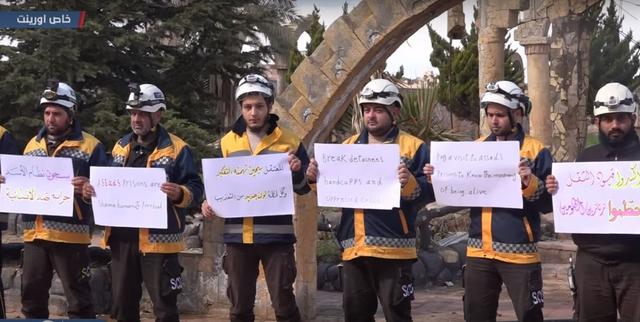