Orient Net
Muhammed Almahaini, 18, works shifts at a textile studio, like most Syrian children who have fled war in their country, all the while excelling in his Turkish school, which he has implored his way into to realize his dreams of becoming a doctor one day.
A 10th-grade student at the TRİSAD Textile Technology Vocational and Technical High School in Istanbul’s Zeytinburnu district, Almahaini learned Turkish from scratch. He received 100 points—full marks—in Turkish literature in last term’s report cards, while obtaining an average of 93 points overall.
Almahaini settled in Turkey three years ago. After his father went missing in the Syrian capital Damascus, he had to quit school to take care of his family. “If I were to study [without working], we wouldn’t be able to make ends meet,” he told daily Hurriyet.
After coming to Turkey and working at a textile studio for about three months, Mohamad started to work for his uncle who himself opened a textile studio upon his arrival in the country.
But for Muhammed, work was not satisfactory. He decided that he needed to get education.
“I went to the Provincial Directorate of National Education, and after gathering all my documents, they placed me in [TRİSAD Textile Technology Vocational and Technical High School],” he said.
Almahaini is now the top of the class, impressing many with his success, his tenacity and his requisition to get education.
“I love mathematics. I would solve problems even after I had to quit school,” he said, adding that he is also intrigued by history.
“What is the history of the country that I live in? I want to dig deep into it. I do not want to spend my time playing new games,” Almahaini stressed.
Almahaini lives with 15 men, all older than him, in a three-room apartment. His flat mates gave him the least crowded room to give him space while he studies.
“When the house gets crowded, I go to the library to study. If the weather is sunny, I study at the park. Sometimes I get up early and study while everyone is asleep,” he said.
The young Syrian is now aiming to study at Istanbul University’s Medical Faculty when he graduates from high school in two years’ time.
But because medical school in Turkey is six years, in addition to two more years of high school, eight years in education means Almahaini will have to stay separated from his family for a very long time.
“My family doesn’t have the opportunity to come [to Turkey]. My sister would not be able to work because she doesn’t speak Turkish,” he said.
“I haven’t seen them in three years. We talk over the phone. If I leave Turkey I cannot come back. I have to wait. Maybe my sister, who is a doctor, will come and we will open a hospital together,” he said.
Almahaini earns a living by teaching Turkish to other Syrian children, and has eight students currently.
“If I was well off, I wouldn’t be charging them for the lessons,” he stressed.
Almahaini has set a precedent for other Syrian youth like him, telling them often not to give up on their dreams.
“Most of them are hopeless, detached from life. I think there are many opportunities. Everything can be better,” he added.
Almahaini is a source of pride for our school. He is ambitious and hardworking. We believe that he will do great things after getting a proper education, said Hasan Gunduz, the principal of his school.
Based on Hurriyet 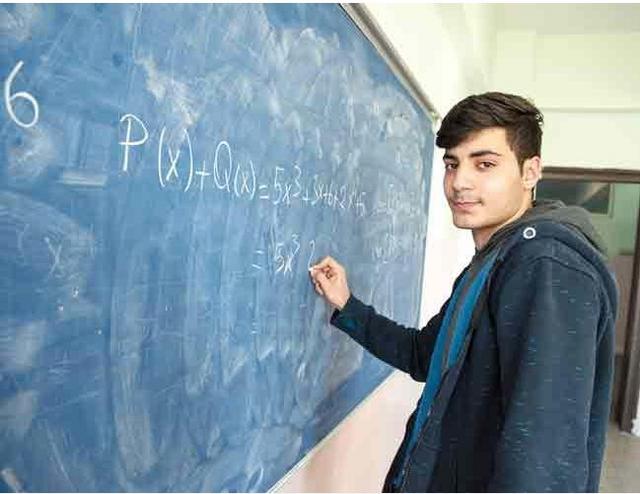 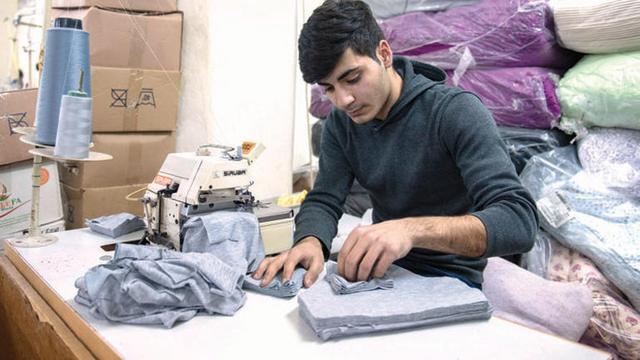 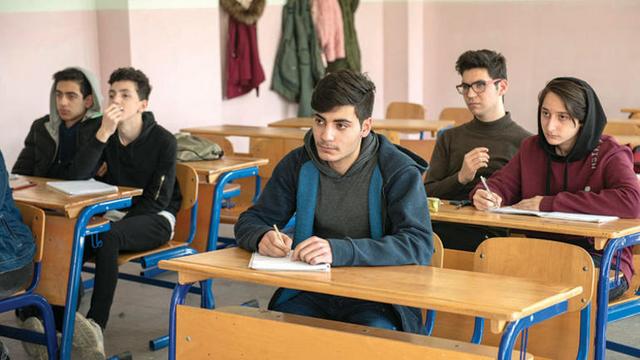