Orient Net
I was born in northwest Syria, in Aleppo countryside, where I lived with my parents and eight siblings; I was the third child. Both my mother and father were uneducated, but they were more open-minded compared with other parents in our conservative community. They encouraged all of us to read and work hard so we could get a decent education. My father had a huge library at home, with books on science, literature, philosophy, and religion, which I still read today.
I remember how my dad used to read to us every night when we were kids. He started a poetry contest in our house, where we’d split into two teams, one with him and one with mom, and we’d challenge one another to see who could come up with a line of poetry that began or ended with certain words. I really miss those times. My mom used to help us with our homework; today, we all have good writing skills because of her.
Growing up, my dream was to become an architect. To meet my goal, I had applied to study the scientific baccalaureate when I was starting high school, something I’d need to pursue a degree. But in 2011, when I was just 15, the Syrian revolution began. Our hometown was liberated by the opposition, but the shelling, conflict, and insecurity forced us to flee to east Aleppo. There I had to study literature because it was easier to manage and didn’t require full school attendance. This was the first love I Iost to the war: a passion for architecture and my zeal for studying it.
In 2014, realizing that I would never be an architect, I enrolled in an Arabic literature degree program at Aleppo University. Not long into my studies, I received a phone call that my brother had been arrested by the regime while he was taking a law school exam. The regime had arrested him for participating in peaceful protests, something they did to so many innocent people.
According to the Syrian Network for Human Rights, nearly 128,000 detainees remain missing, believed to be dead or still in prison. My sister and I knew that the regime would likely come for us, too, so I dropped out of college and headed back with her to our family. That day, the war took my education, but it also took my brother, who I’d never see again.
After I moved back home, I knew I wanted to do something to help other people. I started volunteering with local groups providing education and psychological support to those in need. But when I was 19, my parents arranged a marriage for me, and I lost all that I had accomplished when my husband moved us to Turkey in 2015. 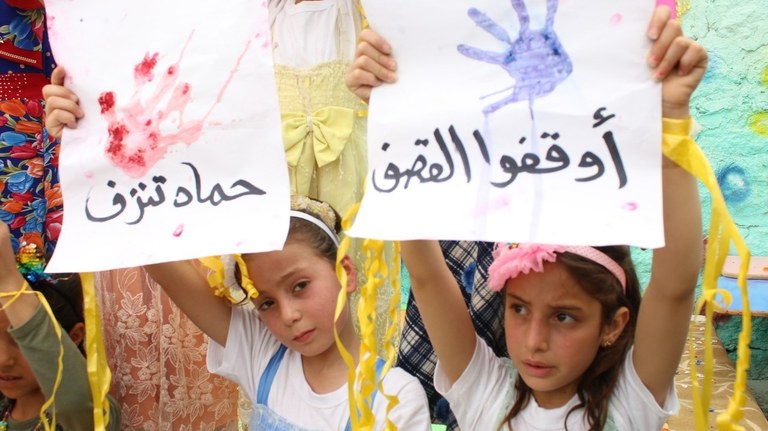 I enrolled in college there, again to study literature, and tried to rebuild my life. But normality proved impossible.
One year into my new life in Turkey, my family was told my brother had died in regime detention. Two months later, my father, who was the head of a small town’s chapter of the Syrian Red Crescent, a medical-aid organization, died when an aid convoy he was leading was targeted by Russian airstrikes. For two hours, the planes had targeted the convoy, killing 20 civilians and aid workers. In the space of a single season, I lost my brother — again — and my father to the war.
By 2017, I felt like I had fallen apart. I was struggling with losing my brother and father. I was also dealing with what felt like my husband’s overwhelming attempts to control me, to tell me what I should and shouldn’t do. Eventually, I decided to get a divorce, to leave college again and go back to my family in Syria, though I felt, deep inside, that I had lost every reason to live.
Despite all the shocks I had endured, I was blessed to have the most wonderful mother, who kept encouraging and empowering me. I realized that I needed to embody her strength and not give up, though that’s all I wanted to do. I challenged myself to pursue a career in journalism, and to follow my passion for photography. After I went back to Syria, I resumed my former work volunteering and providing psychological support, and I began working as a freelance journalist.
I published around 35 articles in different local and regional newspapers and blogs. A year later, I enrolled in a photography workshop, learning how to produce filmed news reports. I love to capture human stories with my camera, to show my community and reflect their suffering. 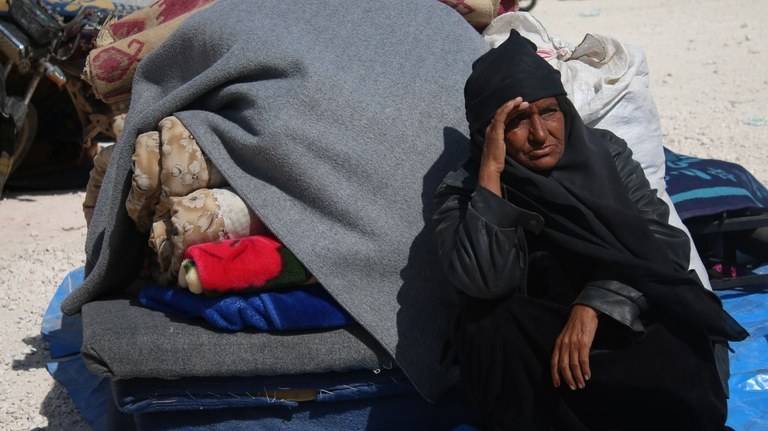 Though I am now making a living as a journalist, my life has been forever altered by the horror of the Syrian conflict. Many of the Syrian women I know have faced what I have faced, or worse, and have experienced other yo-yo effects of leaving and coming back.
I have a friend who used to live with her husband and their little girl in Raqqa, under the control of ISIS. Tragedy struck when her husband and father were killed in a car bombing; around the same time, her daughter died from an illness. She lived in the utmost misery but refused to be beaten.
When a relative of hers who had joined ISIS tried to force her to remarry, she refused, despite witnessing firsthand the horrors the group inflicted on people who disobeyed it. She fled to Turkey with her brother to start a new life. But it didn’t last long, and she found herself in the middle of the war again after her new husband moved them back to Syria for work.
Another woman I know from a nearby village fled the conflict more than four years ago, moving to Lebanon with her husband and two girls. Lebanese authorities arrested her husband, suspecting that he had ties to an extremist group. She waited a year for his release, until her family in Syria begged her to come home because they were worried that she couldn’t take care of herself independently.
Since her return, she has lost three brothers, one to ISIS and two to the regime. She’s now started her own small business in our village to support herself, her mother and her little girls, waiting for her husband to show up one day.
Another woman I know had lost her husband long before the 2011 revolution. Following the revolution, she lived with her four children in a village outside regime control, but she’d often go to visit her relatives in regime-controlled areas. When militias loyal to the regime learned that she was visiting from the opposition side, they reported her to intelligence officials. Days later, she was arrested by regime forces and accused of smuggling weapons to opposition fighters. She remained in prison for almost four years, during which two of her teenage boys, left with no one to take care of them, joined an armed group.
Her 13-year-old son was killed during a battle. When his mother received the news in prison, she had a breakdown. A while later, her 20-year-old son, married and expecting a newborn, was killed while fighting, too. Two months later, she was released with a pardon and returned to her broken home. Her community rejected her for being an ex-prisoner. Now, she has to look after her remaining children, her daughter-in-law, and her grandchild alone.
There are so many painful stories about young girls and women in Syria, I’d need a book to tell them all. The stories of Syrian women’s struggles are of the forced marriages resulting from wartime pressure, of loneliness and displacement, of having to leave school and abandon their dreams. This war is a curse that women have suffered from the most. It made some of us stronger, but it also broke many of us. I worry especially about the girls growing up now in northwest Syria, which is under heavy bombardment from the regime and Russia. How can they continue an education under such conditions? Already, White Helmet volunteers say the recent bombardments have displaced 300,000 people in northwest Syria alone, their lives in limbo.
I want to tell them, and every girl who’s been through the pain of abandoning her dreams or losing someone she loves, to try and turn the pain into inner strength. Despite the tragedy, there is hope, and you can overcome your sorrow. Though I am also living through the regime and Russia’s attacks, I refuse to give up on my hopes and ambitions. I will continue down the road I chose for myself and do the job that I love, no matter what comes my way.
By Hiba Barakat
Link to the original source of Teenvogue