A closer shot of some of the new storehouses in the compound. (ISI)
Orient Net
Iranian regime has established a new military base in Syria and has plans to house thousands of troops at the location, according to multiple Western intelligence sources, Fox News reported.
The classified Iranian project, called the Imam Ali compound, was approved by top leadership in Tehran and is being completed by the Iranian al-Quds Forces.
Using a civilian satellite company, Fox News verified the information and obtained images that show a base being constructed on the Syria-Iraq border. 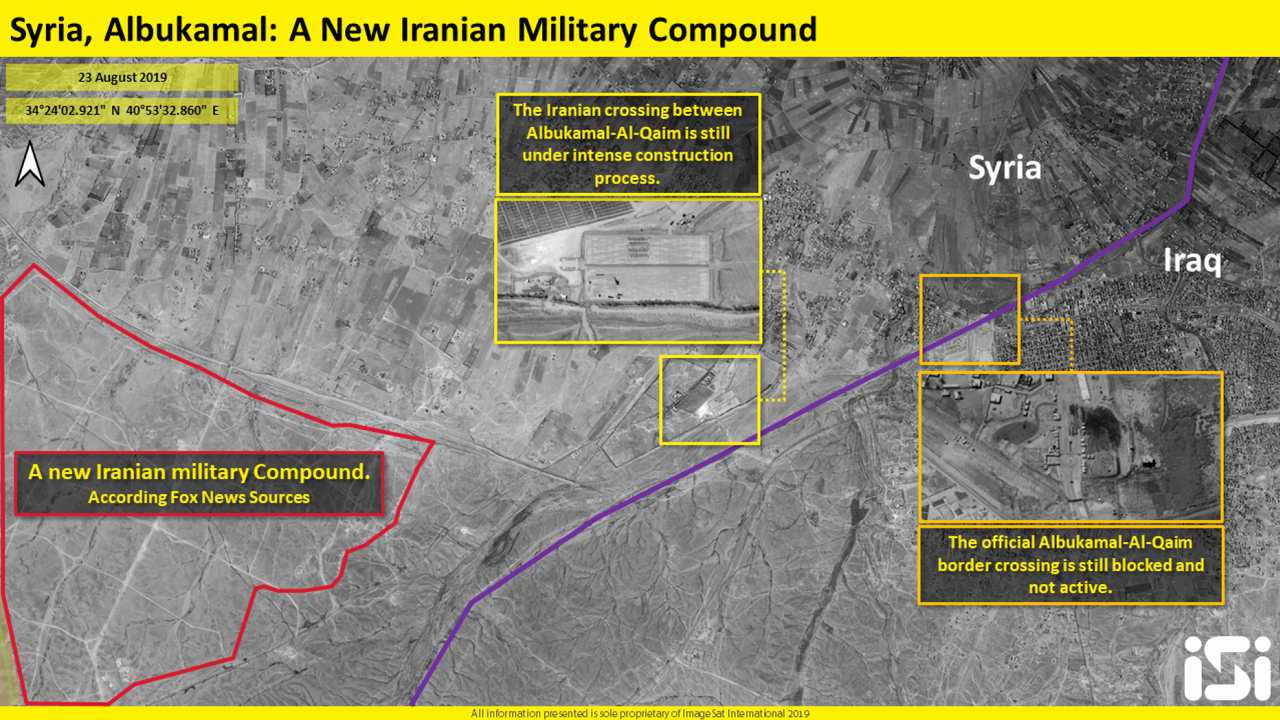 Analysts at Image Sat International (ISI) who reviewed the images say that precision-guided missiles could be housed at five different newly constructed buildings that are surrounded by large dirt mounds. The images also show, in the northwest part of the base, 10 additional storehouses with less external protection, as well as new buildings and missile storage structures.
ISI analysts say that construction could be completed over the next few months and the base would be operational shortly after.
According to security experts, this is the first time that the Iranian military is building a base of this scale from scratch in Syria. There is an American army position less than 200 miles from the new Iranian compound.
In recent months, Israel has targeted Iranian military facilities in Syria and destroyed structures that were used to house weapons and troops.
Iran and Iranian-backed Shia militias are using the chaos caused by the Syrian war to strengthen their presence in the region.
In May, Fox News reported that Iranian regime was building a border crossing not far from the new compound in Syria. The previous border crossing between Iraq and Syria in this area, Albukamal Al-Qaim, was heavily damaged earlier this year.
The Iranian activity in Syria comes after multiple attacks on Western-linked infrastructure this summer by Iran or Iranian-backed proxies. After the United States pulled out of the Iran nuclear deal last year, Tehran has conducted provocative action in an effort to reverse newly imposed US sanctions.
Iranian regime has already broken the 2015 nuclear agreement by surpassing uranium enrichment and stockpile limits laid out in the plan.